A train starts from rest at station A and accelerates at 0.5 m/s^2 for 60 s. Afterwards it travels with a constant velocity for 15 min. It then decelerates at 1 m/s^2 until it is brought to rest at station B. Determine the distance between the stations. 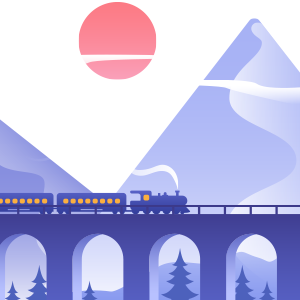 Let us first figure out how far the train traveled while it is accelerating during the 60 seconds. We can use the following kinematics equation to figure it out.

Let us substitute the values we know:

(Here, the initial velocity is 0 m/s since the train starts from rest, and the initial displacement is zero since that will be our origin)

We now need to find the velocity of the train after accelerating. It can be found using the following kinematics equation:

Since the train traveled at constant velocity for 15 mins (900 seconds), we can figure out the distance traveled using the equation we used before.

(Here, our initial displacement is 0 because that will be our origin, the acceleration is also 0 because the train is traveling at constant velocity)

Let us now calculate the distance traveled by the train while it decelerated. We can use the following kinematic equation:

One thought on “A train starts from rest at station”