The bolt is subjected to the force F, which has components acting along the x, y, z axes as shown. If the magnitude of F is 80 N, and α=60° and γ=45°, determine the magnitudes of its components. 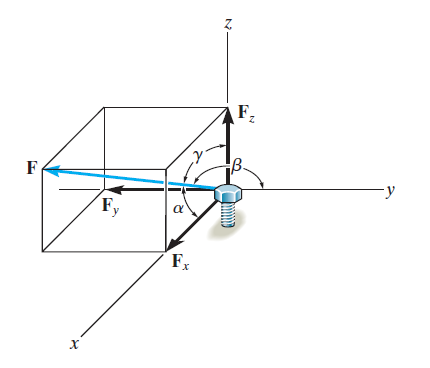 To solve this question, we will have to use the following equation.

We will now isolate for \text{cos}\beta.

As stated in the question, we will now substitute the values given to us.

The next step is to figure out the magnitudes of F’s components knowing that the magnitude of F is 80 N as stated in the question.