Determine the magnitude and orientation of so that the resultant force is directed along the positive y axis and has a magnitude of 1500 N. 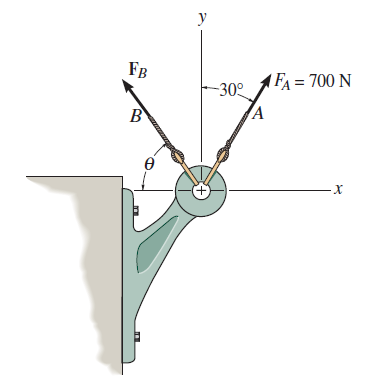 Let us first draw the vector forces and their respective x and y components. 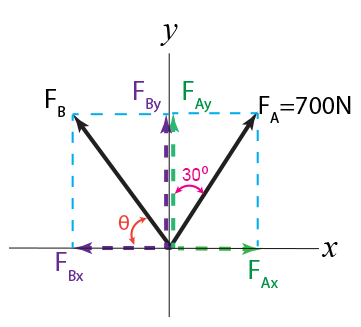 Let us also draw the resultant force which is to be directed along the positive y axis as stated in the question. 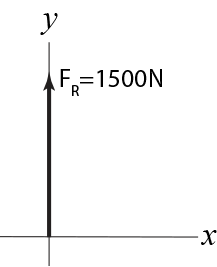 Now, let us establish the positive sides. we will assume \rightarrow^+ is positive and \uparrow+ is positive.

From the resultant force, we know there are no x components to it (because it is simply a force directed along the positive y axis). Therefore, we can say that all the x components of F_1 and F_2 must add up to 0. The x component of F_1 is equal to 700\sin 30^0.

Thus we can write:

(we simply isolated for F_B\cos \theta)

(Again, we isolated for F_B\sin \theta)

Now, we can solve for both θ and F_B by solving both equations (1) and (2) simultaneously.

Solving yields us with: