Skip to content //facebook
Home » Solutions » Mechanics: Statics » If the resultant force acting on the bracket is directed 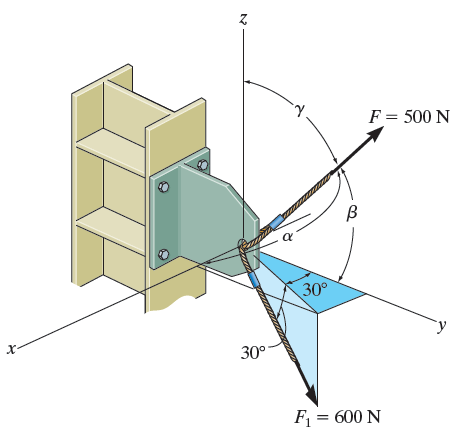 One way to do this question would be to express each of the forces as x,y,z components. To do that, a diagram would be highly beneficial. Thus, let us draw out the vector components as follows. We drew large diagrams so that you can clearly see what is happening in each. 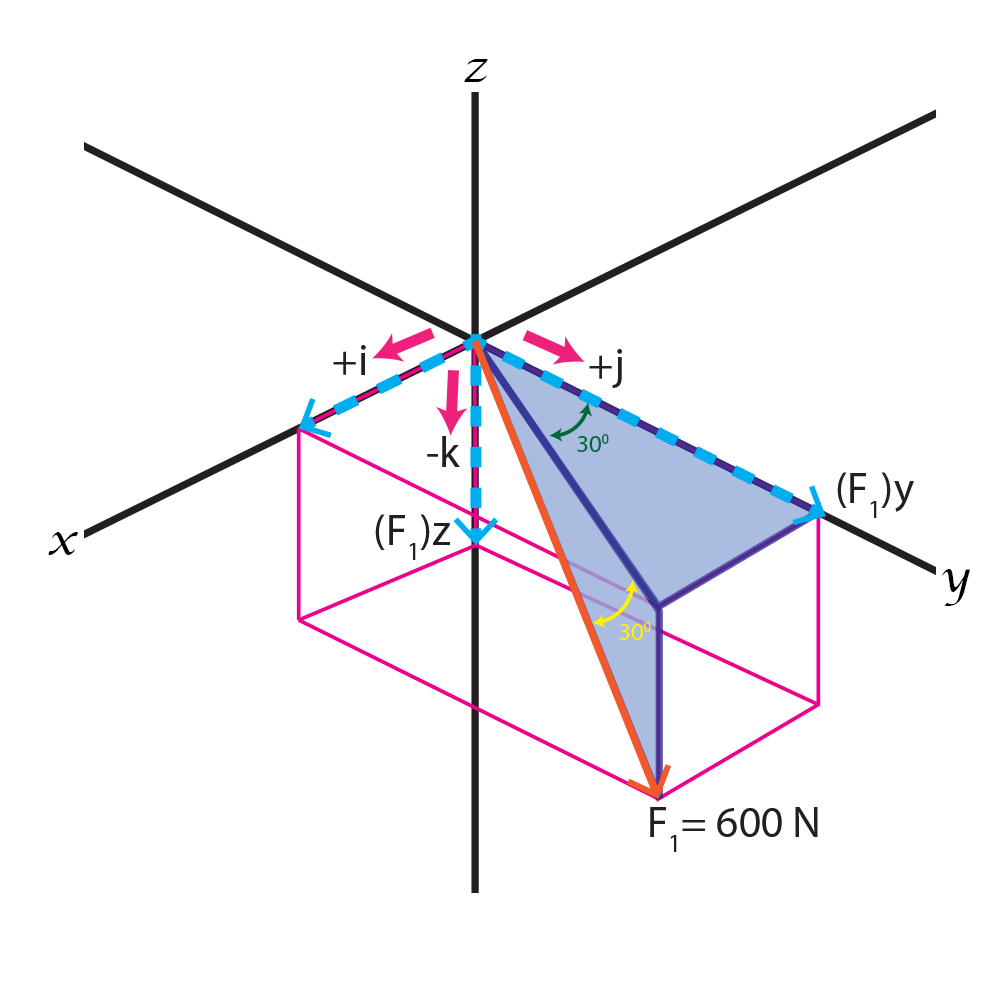 In this diagram, we look at force F_1 only. 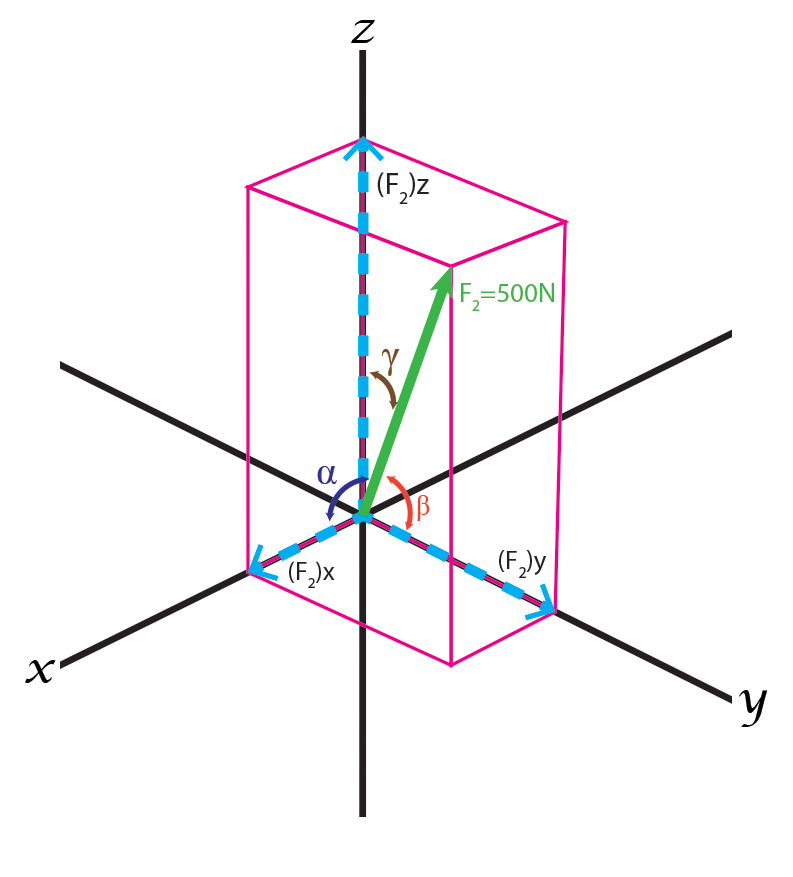 In this diagram, we look at force F_2

With the help of the diagrams, we can express forces F and F_1 in a Cartesian vector form.

Also note that the resultant force is going to be directed along the positive y axis as stated by the question, that means that as a Cartesian vector component, we can write:

To find the resultant force, we only need to add up the corresponding vector forms.

Using this equation, we can substitute \alpha and the \gamma value to figure out F_R and \beta

Now that we know what \beta is, we can substitute it back into our equation.