Skip to content //facebook
Home » Solutions » Mechanics: Statics » The magnitude of the resultant force acting on the bracket 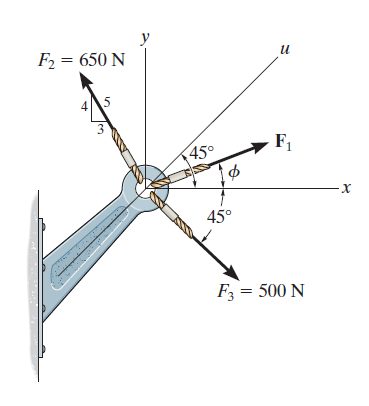 Let us first draw out the vector components as follows: 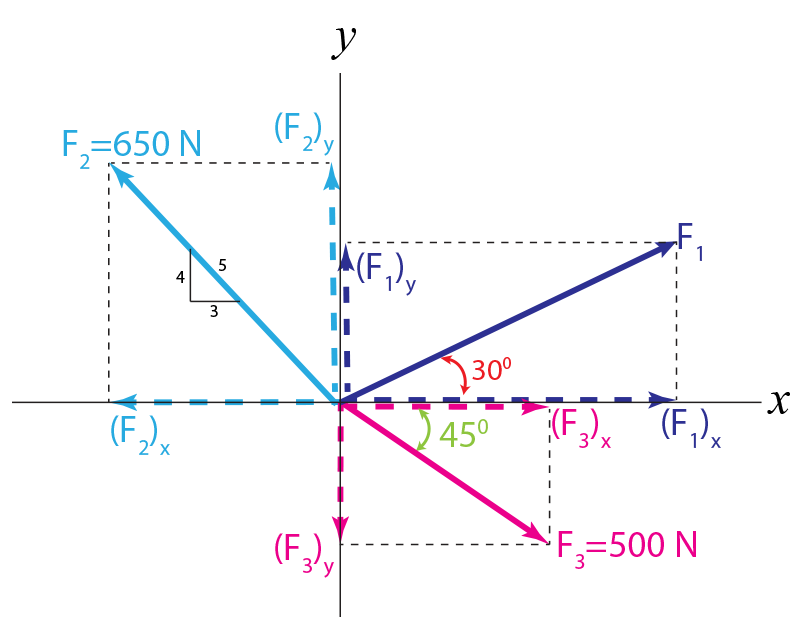 We drew this image quite large, because it’s really important to see the x and y components of each of the force vectors. We also set Φ to 30° as stated in the question.

The question states that the magnitude of the resultant, F_R is 400 N. Therefore, we can write the following using the Pythagorean theorem.

Solving for F_1 gives us:

Notice that we got a negative value as well. This simply means the direction we chose for F_1 is opposite to that of what we chose.