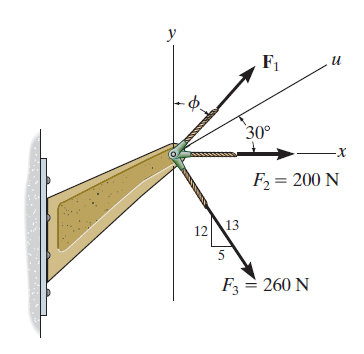 We will first draw the vector components acting on the bracket as follows. 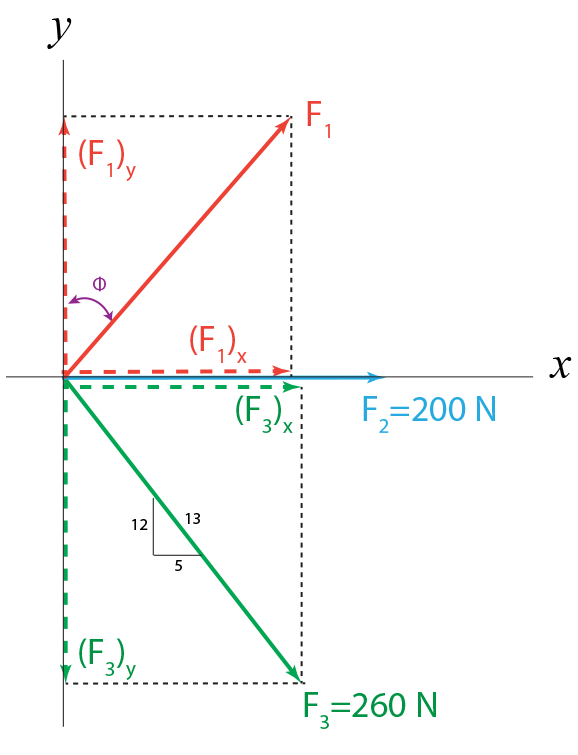 The dashed arrows represent the x and y components of each force. Force, F_2, (in blue) is along the x axis, thus it has no y component.

Now, we will draw the resultant force (as stated in the question) and it’s components also. 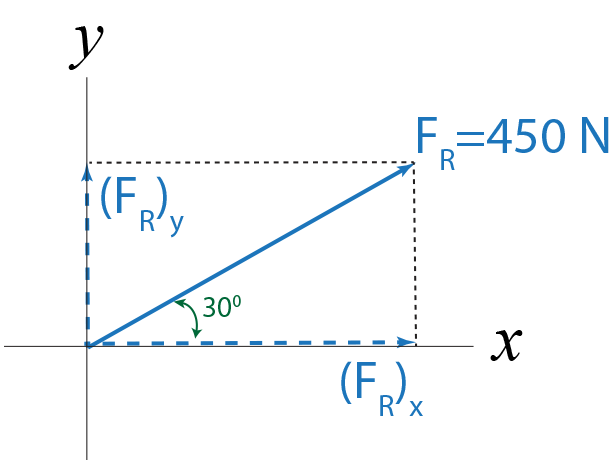 We can now write down the x and y component values of each force.

The next step is to sum the forces along the x and y axes. To do this, we will the establish the positive sides. We will pick forces acting up, and forces acting to the right to be positive.

All that is left is to solve equations (1) and (2) simultaneously. To do so, remember the identity, \frac{\text{sin}\theta}{\text{cos}\theta}=\text{tan}\theta

2 thoughts on “If the magnitude of the resultant force acting”