Resolve each force acting on the gusset plate into its x and y components, and express each force as a Cartesian vector. 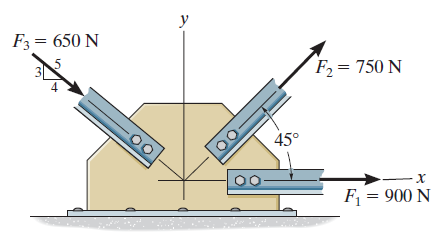 To do this question, it’s best to draw each vector component separately and to also break apart the force into it’s x and y components. 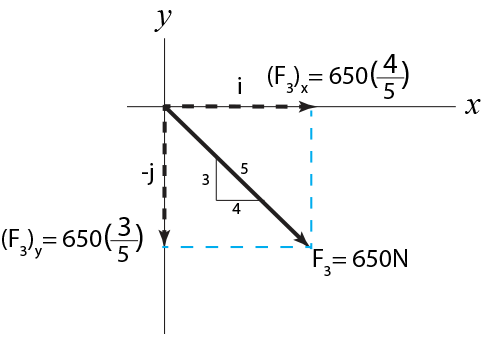 This is the force F_3. Remember that we can translate the force along it’s path, hence we drew the downwards force originating from the center of our coordinate system so that it’s easier to visualize. 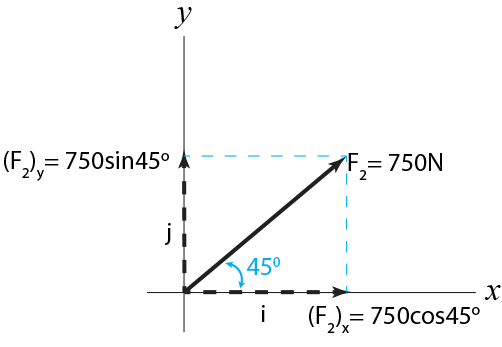 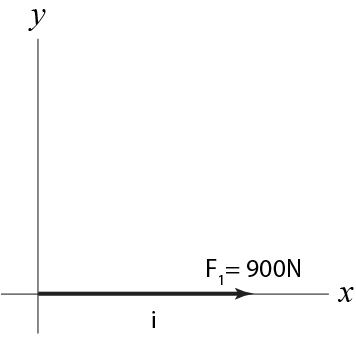 And finally, this is force F_1 which is simply a force that is only along the positive x-axis.

In each diagram, we also broke the force into it’s x and y vector components. For force F_1 the y component is simply 0 because the force lies along the positive x-axis.

After breaking apart the vectors, we can write them using the i,j,k Cartesian vector coordinate system.

Looking at force F_1, we can see that it only lies along the i plane. Thus, we have:

For force F_2, there are two components, i and j. We can write the following for force F_2:

Finally, for force F_3 which also has two components, we can write the following:

Note that for force F_3 the j component is negative because the force is downwards.