The force F = 450 lb acts on the frame. Resolve this force into components acting along members AB and AC , and determine the magnitude of each component. 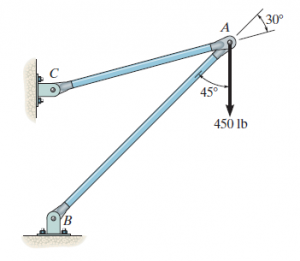 Draw the components as follows. 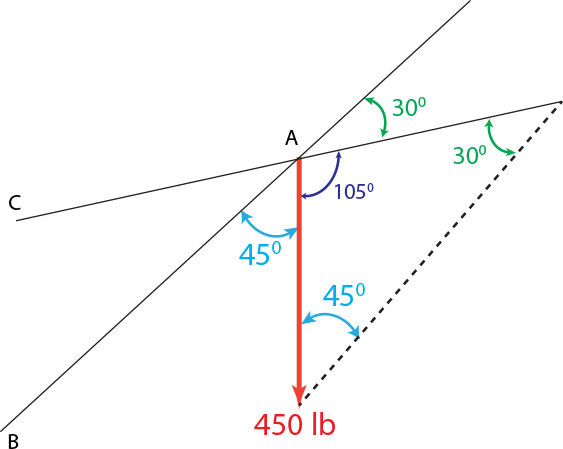 After we figure out the angles, we can draw the vector components separately as follows. 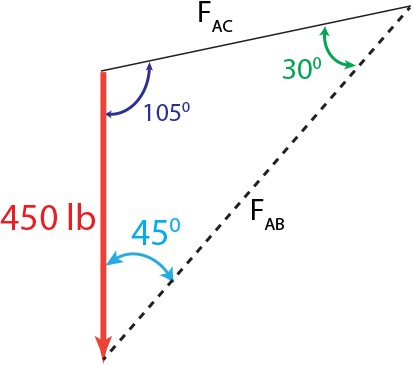 Another similar example to look at is to analyze forces effecting a bracket.