The truck is to be towed using two ropes. Determine the magnitudes of forces F_A and F_B acting on each rope in order to develop a resultant force of 950 N directed along the positive x axis. Set \theta=50^0. 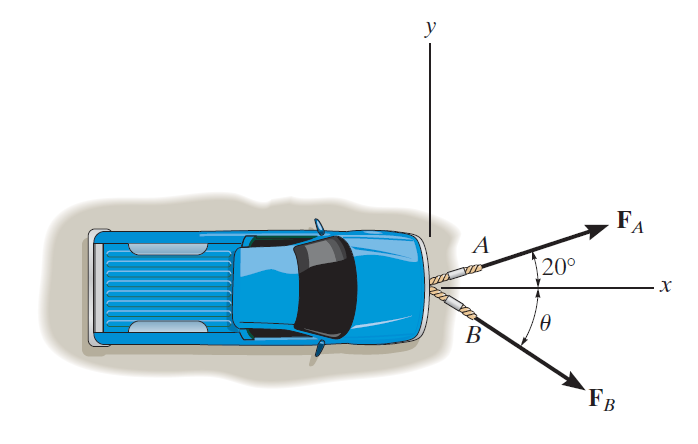 Let us first draw the vector components as follows. 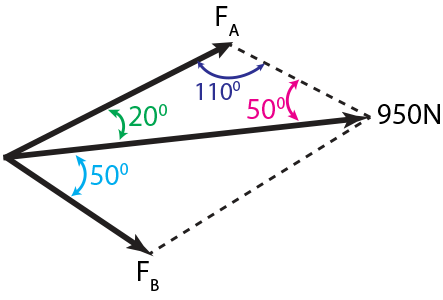 Note the resultant force is directed along the x axis as stated in the question.

Now, let us draw the vectors tail to tail as follows.