The wire forms a loop and passes over the small pulleys at A, B, C, and D. If its end is subjected to a force of P = 50 N, determine the force in the wire and the magnitude of the resultant force that the wire exerts on each of the pulleys. 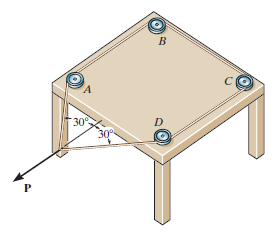 Show me the final answers↓
Let us first draw a free body diagram focusing on the force P and the wire. 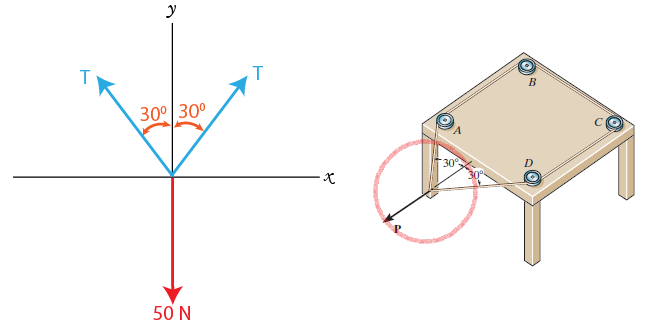 Writing an equation of equilibrium for the y-axis forces will give us the value of T, which is the tension in the wire.

Now we can draw a free body diagram of pulleys A and D. 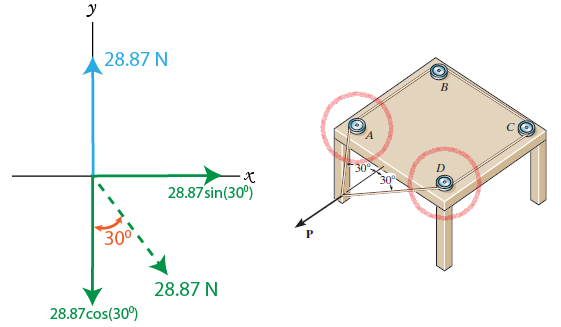 We can now find the resultant force.

Let us now focus on pulleys B and C. We will draw a free body diagram as before. 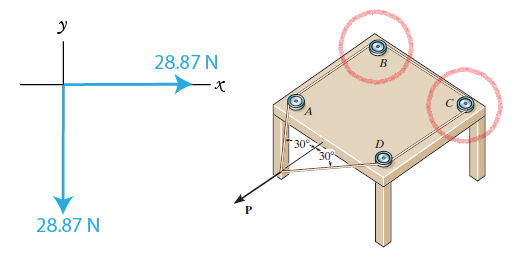 From this free body diagram, we see that a tension force of 28.87 N is applied along and x and y axes. There are no components to these individual forces, thus a direct resultant can be found.